Comporta, Portugal is located at the base of the Troia peninsula in the municipality of Alcacer do Sal in the district of Setubal and is one of the most privileged beach area settings within Portugal.

The village occupies an amazing position at the side of the Sado Estuary and is only a five minute walk from the famous beach which takes her name. Many of the Comporta beaches are continually awarded the prestigious Blue Flag Award year after year.

Once a typical hub of agricultural activity with workers brought in from all over Portugal to work the lands throughout the seeding and harvesting seasons.

Nowadays, crops include rice and grapes, under the guidance of the largest land owner in the area the Herdade da Comporta, some decent wines are being produced, whilst multiple French and Portuguese companies are planting lettuce, broccoli, tomatoes, sweet potatoes and many other varieties of fruit and vegetable crops. 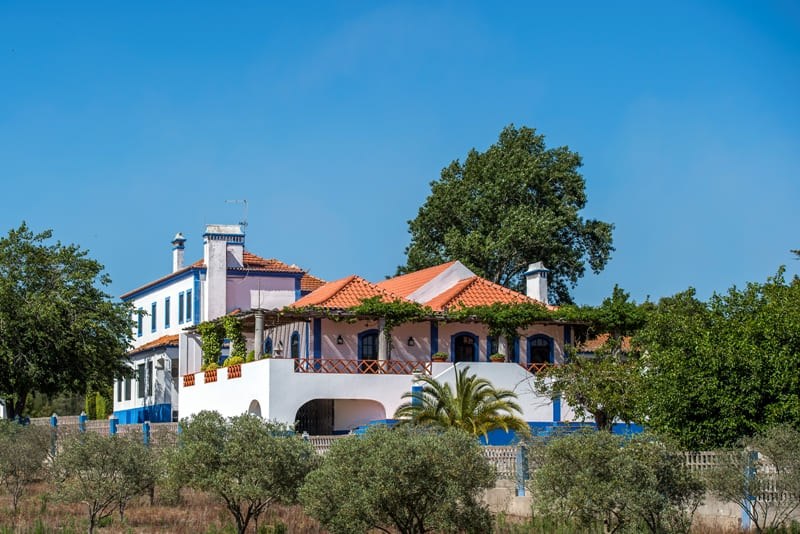 Due to this glorious and privileged location many of the wealthier Portuguese as well as foreign nationals purchased property with many of them choosing some of the spectacular larger Quinta type properties.

There are a variety of activities to pursue including horse riding, fishing, hunting, sailing, diving, cycling, golf and birding with each season offering something new.

The beaches in Comporta are some of Portugals most stunning places to relax. The golden beaches along the shore make this a beautiful holiday destination where you may visit beaches at Troia, Soltroia, Comporta, Brejos, Carvalhal, Pego, Raposa, Pinheirinho, Aberta Nova and Melides.

The restaurants in Comporta offer some of the best gastronomy throughout Alentejo and you will be delighted and pleasantly surprised with the variety and quality of fish, shellfish and meat dishes available. All of the restaurants are good, however some of them are exceptional. 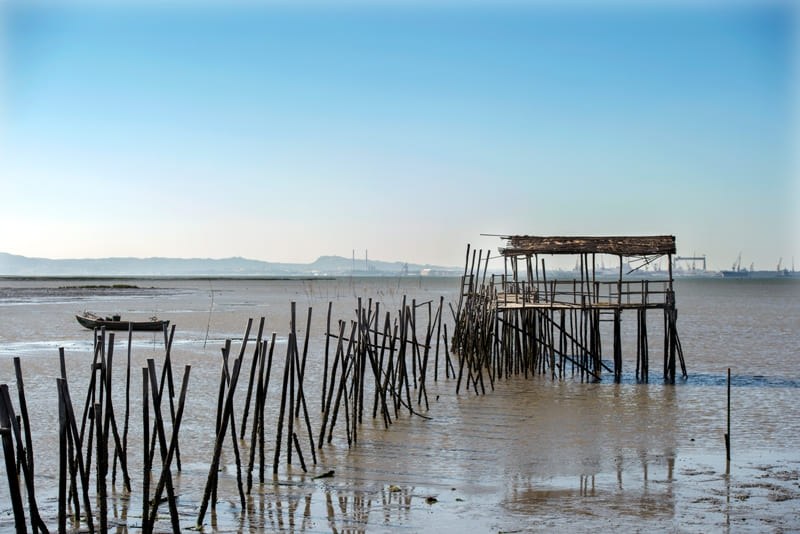 Carrasqueira, is positioned within the Sado Nature Reserve located on the banks of the Sado estuary.

A large proportion of the Reserve is agricultural land which is owned by HdC (Herdade da Comporta, Portugal) which many believe took its roots from the House of Espirit do Santo whom after the revolution in 1836 were granted the land rights for many thousands of acres.

The agricultural land in Carrasqueira and estuary were always worked by migrant labour who over the years settled the land, living within the traditional organic “Fishermen Cabanas” which can still be seen today. In fact over recent years these homes in many instances have been restored and those which are still in a state of disrepair are now protected.

The migrant workers during the periods between the 1940’s and the 1970’s, numbered in the many thousands, and it wasn’t until the advent of the mechanical farm that these numbers would reduce significantly.

Today in Carrasqueira, there are still a number of local inhabitants whom till the land they lease from HdC and many a small fishing boat can still be seen casting their nets over the Sado and out into the Atlantic Ocean as can be witnessed from the shores of Praia da Comporta

Due to the recent developments along the Troia Peninsula coastline associated with tourism many of the younger villagers have given up their parents professions and have taken to working within the tourist sector. This has meant a rise in disposable income which is reflected in the small amount of new construction that Carrasqueira is now seeing and the rise in property prices.

Many of the properties that are for sale in Carrasqueira are still located on land owned by HdC, and can only be bought with their permission. A small rental fee is paid to HdC each year for the land that the property occupies and in many instances it is possible to lease even more land for private use. 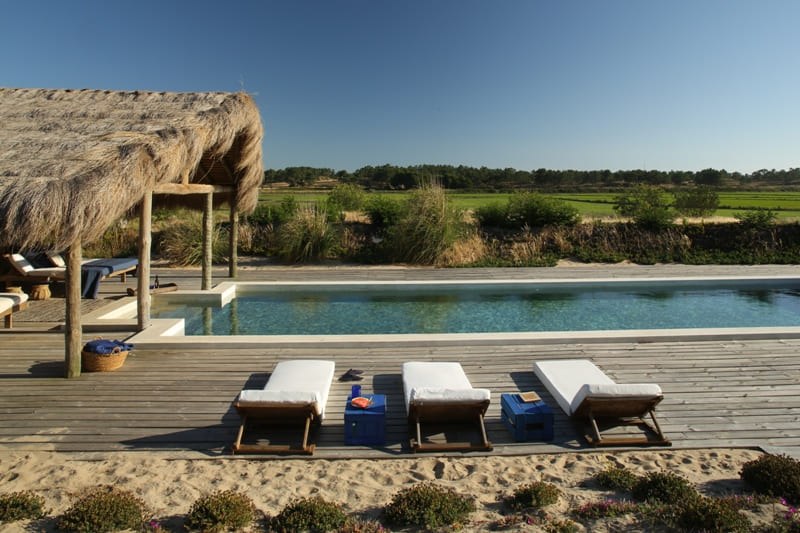 Nowadays and only recently the major protector of the reserve, Herdade da Comporta(Espirito Santo) and the local town council decided to urbanise this tiny hamlet and have brought into fruition a development of approximately two hundred homes.

This little urbanization is completely surrounded by the protected reserve with many vantage points where one can still see the Sado River and Estuary.

It is highly unlikely in the near future that any further development will take place which therefore makes property in Possanco an ideal country residence that seems to have benefited from a little modernisation of the infrastructure.

Possanco is a very personal hamlet where everybody is known by name and where many residents still leave their front doors open and their cars unlocked.

When the development is finished, Possanco will become a lovely country hamlet juxtaposing the Estuary and being but a mere ten minute drive from the Atlantic Ocean and the beaches of Comporta, Portugal. 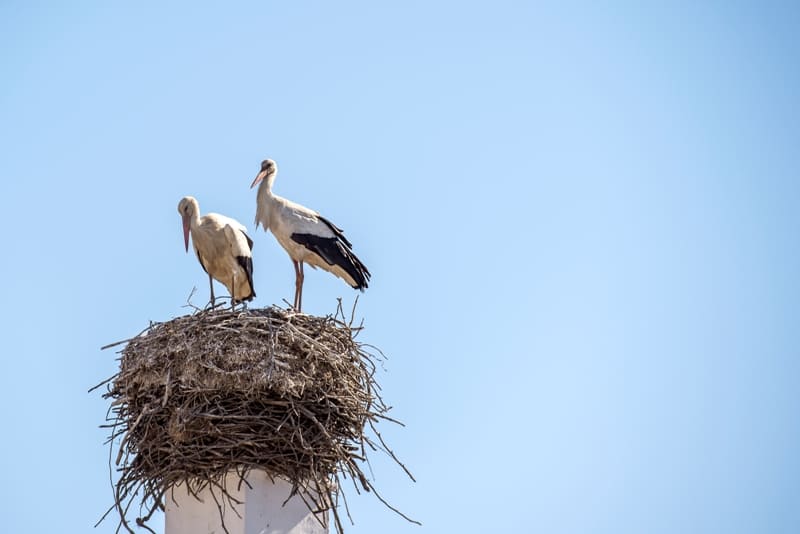 The Herdade da Comporta Estate is the largest land owner in Comporta and has for many years been at the forefront in the promotion of environmental protection in harmony with sustainable low-density high-end real estate in Comporta, Portugal along the Alentejo Coast.

To rehabilitate the area’s natural patrimony whilst generating a strong and fluid regional economy that integrates creativity, sustainability and the catalyst for enhanced education, local commercial development, job creation and excellence in the preservation of nature and man’s relationship with her.

View properties for sale within the Herdade da Comporta Estate and surrounding areas including Melides, Portugal.

For Professional Advice on Buying Property in Comporta or Melides, Alentejo, Portugal.